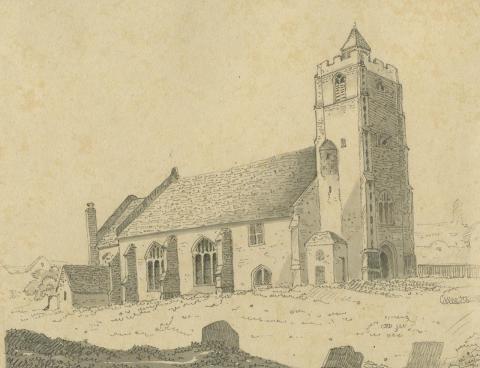 The church of St Saviour stands on the east side of Magdalen Street, immediately north of St Saviour’s Lane. The earliest known reference to the church – as (Ecclesia) sancti Salvatoris – is dated between 1186 and 1200. The advowson of the church was held by the cathedral almoner and the account roll for 1424 records the craftsmen employed in the rebuilding of the chancel and a breakdown of the costs. Two 15th century painted panels, now in the Fitzwilliam Museum, survive from a larger scheme and probably originate from this church.

The churchyard was founded, probably in the 12th century, on the eastern edge of an open space known as Gildencroft which today lies the north of the city’s inner ring road and west of Pitt Street. The peripheral location is reflected in the church’s fabric, which is mainly flint rubble and brick with cut stone limited to essentials such as traceried windows. Although much enlarged in the 15th and 16th centuries, the dimensions of the original building are recoverable. Distinctive early quoin stones, apparently in situ, can be seen at the east and west ends of the church. 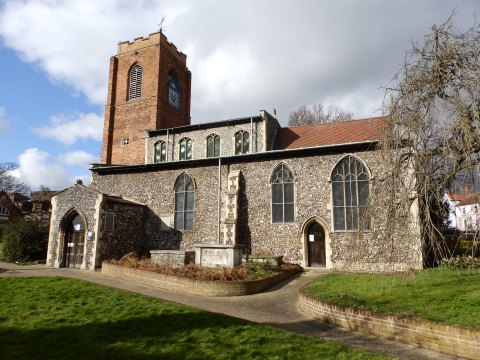 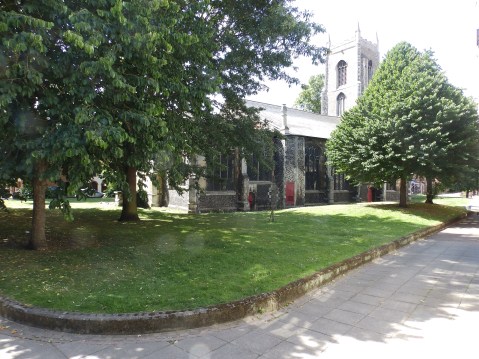 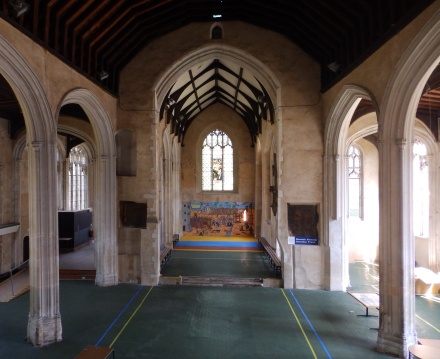 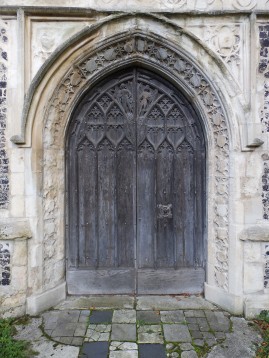 St Michael and All Angels is located between Colegate and Oak Street, approximately 120m north of the river Wensum. In the early fifteenth century, the church consisted of a chancel, an aisleless nave, and a west tower. Remains of all these are still visible, especially the tower which was perhaps begun c.1415 but took some decades to complete. The south-west window and south door of the nave, and much of the chancel (the ground plan and roof and the wall arcade on the south side) also survive and give a good sense of the character of the church at this period. A major transformation of the church began in around 1496, when aisles and chancel chapels were built, doubling the width of the church. The existing nave arcade, the walls of the aisles and chapels, and the large four-centred windows all date from this phase of building, however work on the south side was never completed.

The earliest parts of the church date from the first half of the 14th century. They include, at the west end, the north and south doorways, the south porch and the lower parts of a northern porch tower and, at the east, the tracery of the main window. The nave in between was rebuilt during the mid-fifteenth century along with the present aisles. A new tower was constructed over the lane to the west which meant that the old porch tower could be shortened to make way for the addition of a clearstorey. 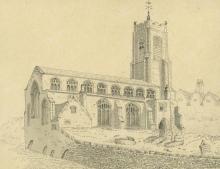 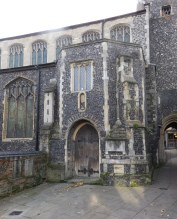