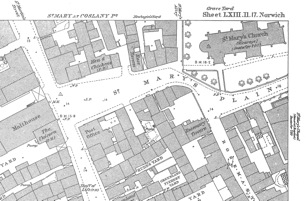 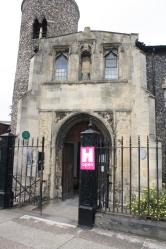 The oldest parts of the present church are the 12th-century round west tower and the adjacent nave west wall, on which can be seen the probable height of the original nave and the slope of its gable roof. The nave today is substantially wider and higher than the 12th-century building and is likely the result of a 14th-century enlargement which also included the chancel. The window openings and their tracery is, however, largely of the 15th-century. Building of the transept was being paid for and the resulting chapels furnished in the mid-1460s; this was the last major extension of the church.